Making the Past Part of Our Future !

Allah has blessed humankind with the ability to develop complex and intelligent cultures by way of intellectual reflections, and scientific discoveries as well as spiritual achievements. Our ethnicity, heritage and culture are part of what make humans distinct from the animals. Further, each ethnic group or a nation, has gone about developing its cultural heritage in their own ways – based on their geographical locations, social values, beliefs, religious customs, dress, art, cuisine to name but a few – that distinguish them from each other.

Indeed the Qur’an recognizes this:

“O mankind! Lo! We have created you male and female, and have made you nations and tribes that ye may know one another. Lo! the noblest of you, in the sight of Allah, is the best in conduct. Lo! Allah is Knower, Aware.” (49:013)

Yet in this globalized world of today, not all of us feel a connection with our cultural heritage, while others yearn to connect. Some feel that these things are no longer relevant during these modern times. For others, exploring cultural heritage offers enormous benefits.

What is it about cultural heritage that draws people to it?

It gives us a connection with 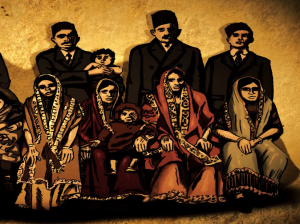 people of similar heritage, allows us to identify with others of similar mindsets and backgrounds. It can bring about an empowering sense of unity and belonging within a group. It also allows us to better understand previous generations and the history of where we come from.

Above all, preserving our cultural heritage engenders a positive feeling of communal support. Those that identify strongly with a certain heritage are often more likely to help out others in that same community. The unique and widely acknowledged distinction of the Khoja Shia Ithnasheri Community has been that very trait, of helping each other during times of trials and tribulations on our journey from the ports of Porbandar and Mandvi to almost 40 countries today. The testimony of that bonding lies the creation an enviable network of Jamaats, Regional Federations and the World Federation which bind us together.

Of late there have been many calls by members of the Community to facilitate and enhance the understanding of our heritage and culture. Hence the World Federation has embarked on the Khoja Heritage Project (KHP). This important project will be co-chaired by Shaykh Komail Rajani, the current Lead of Islamic Education and Dr. Hasnain Walji, former President of the World Federation and Producer of the acclaimed documentary “ The “Khojas – A Journey of Faith”.